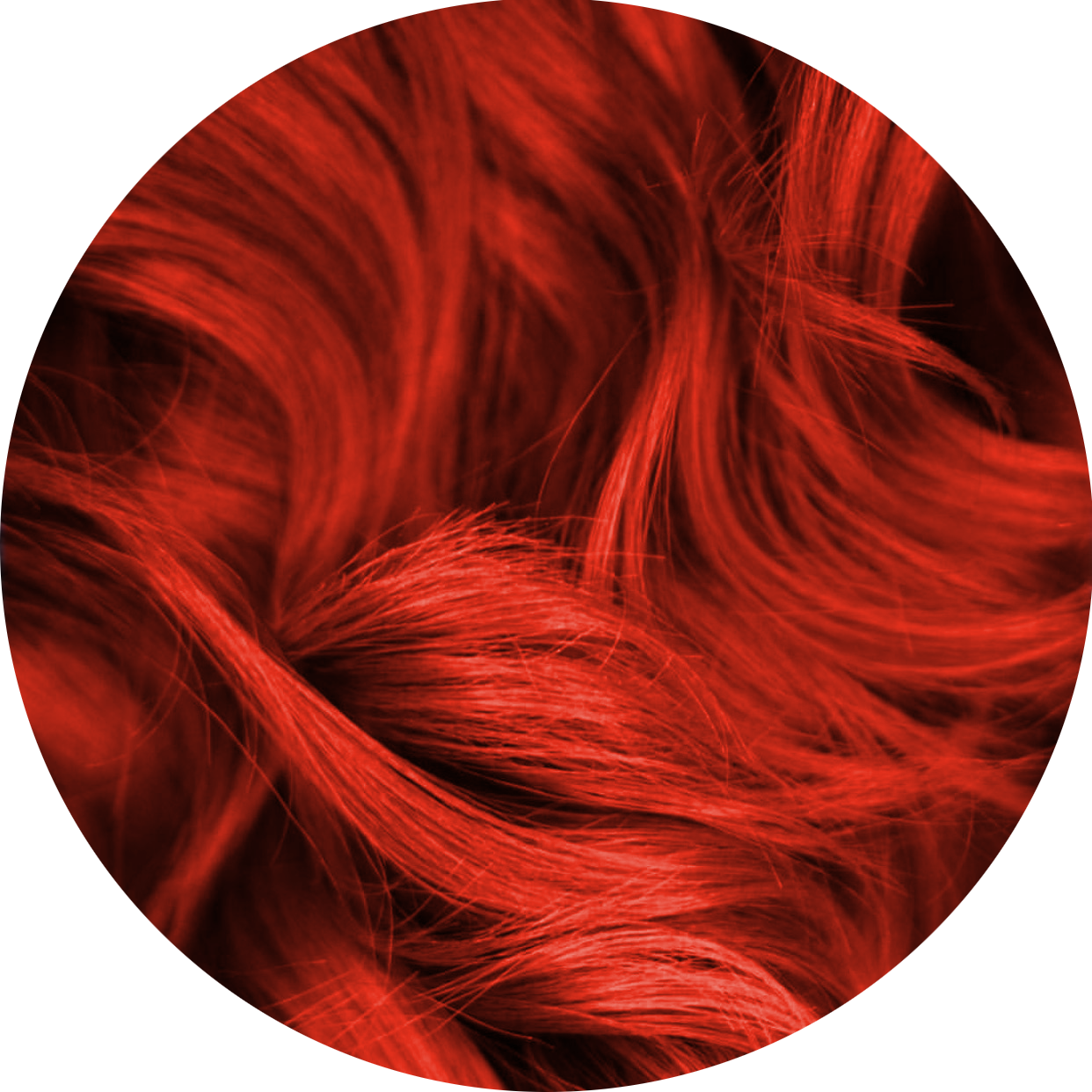 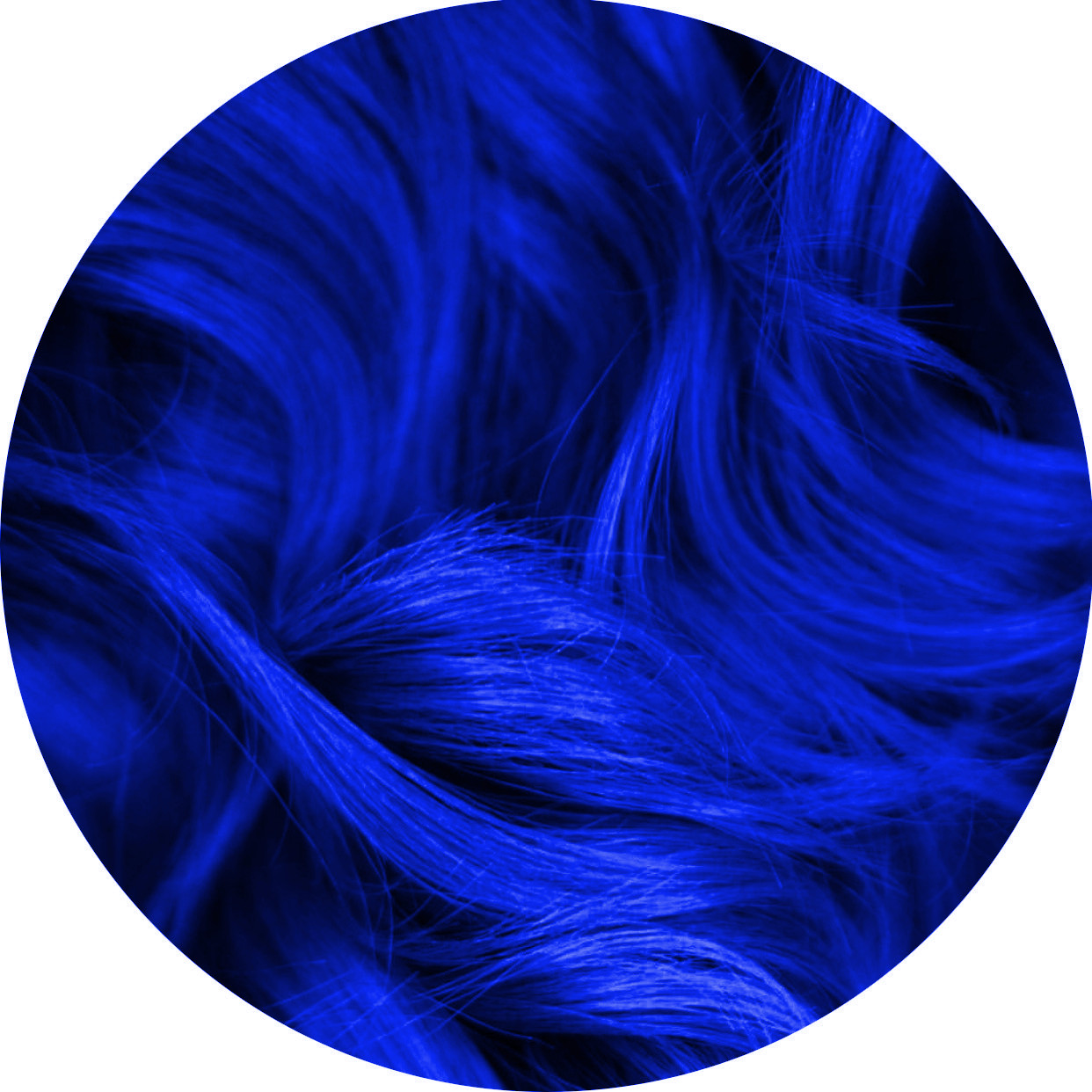 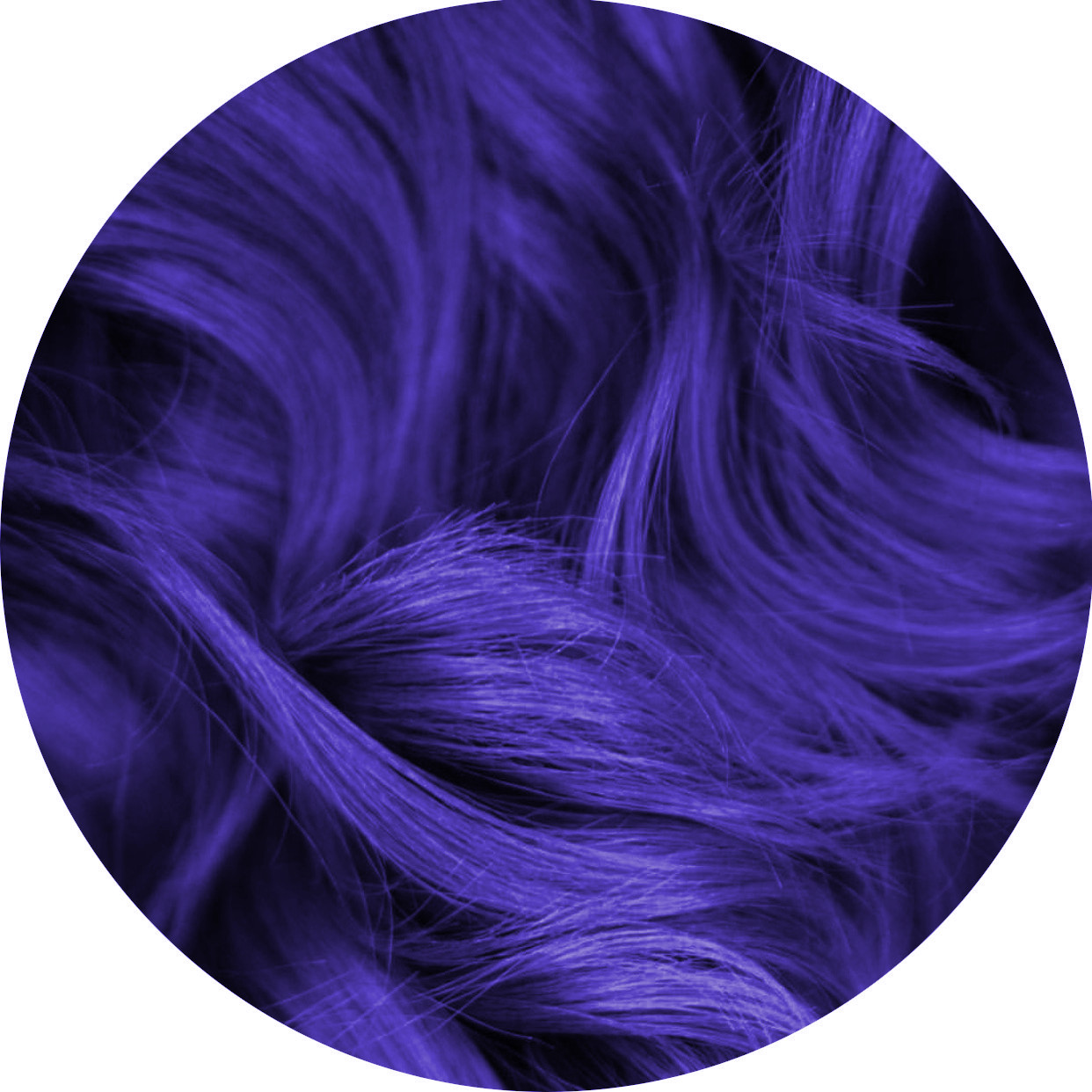 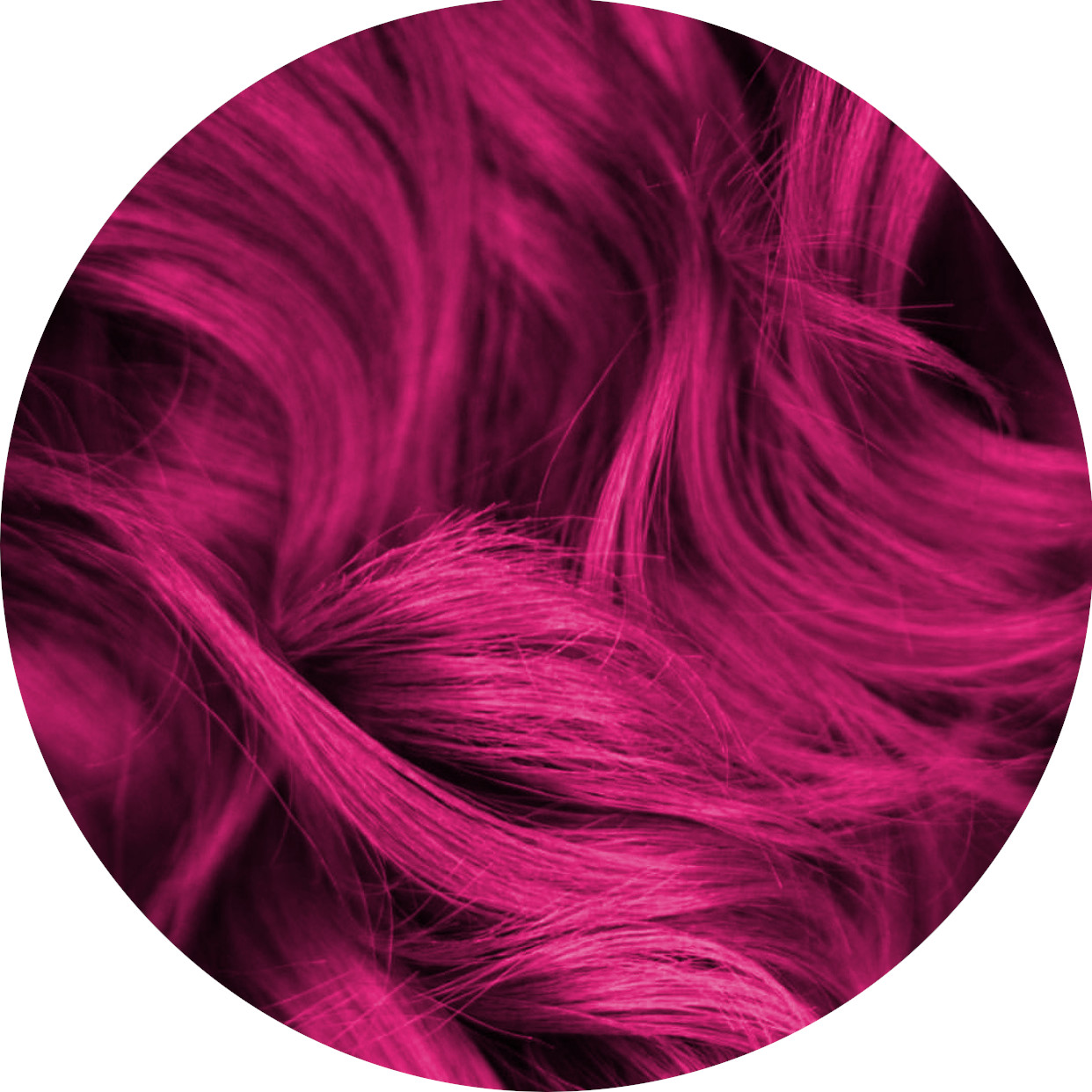 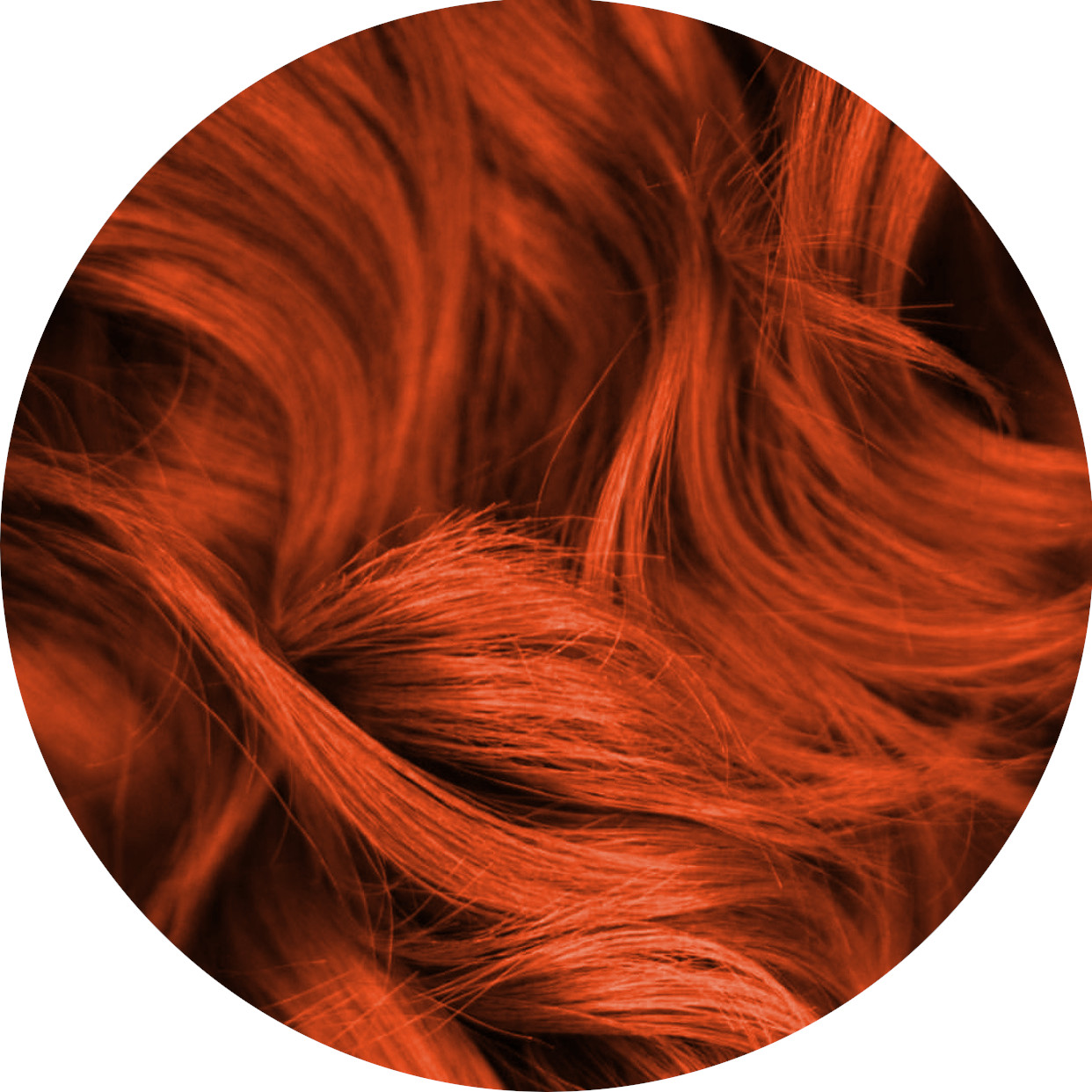 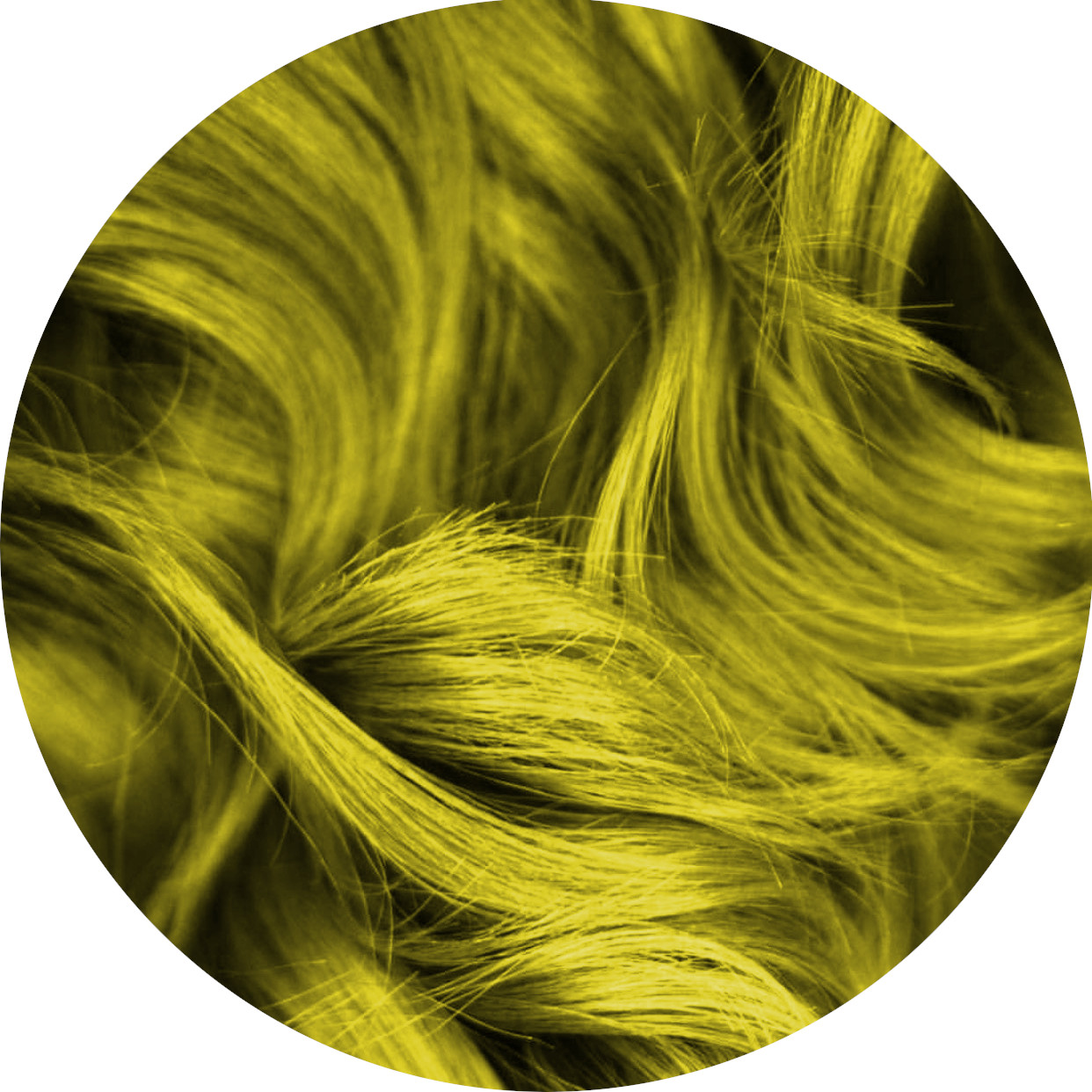 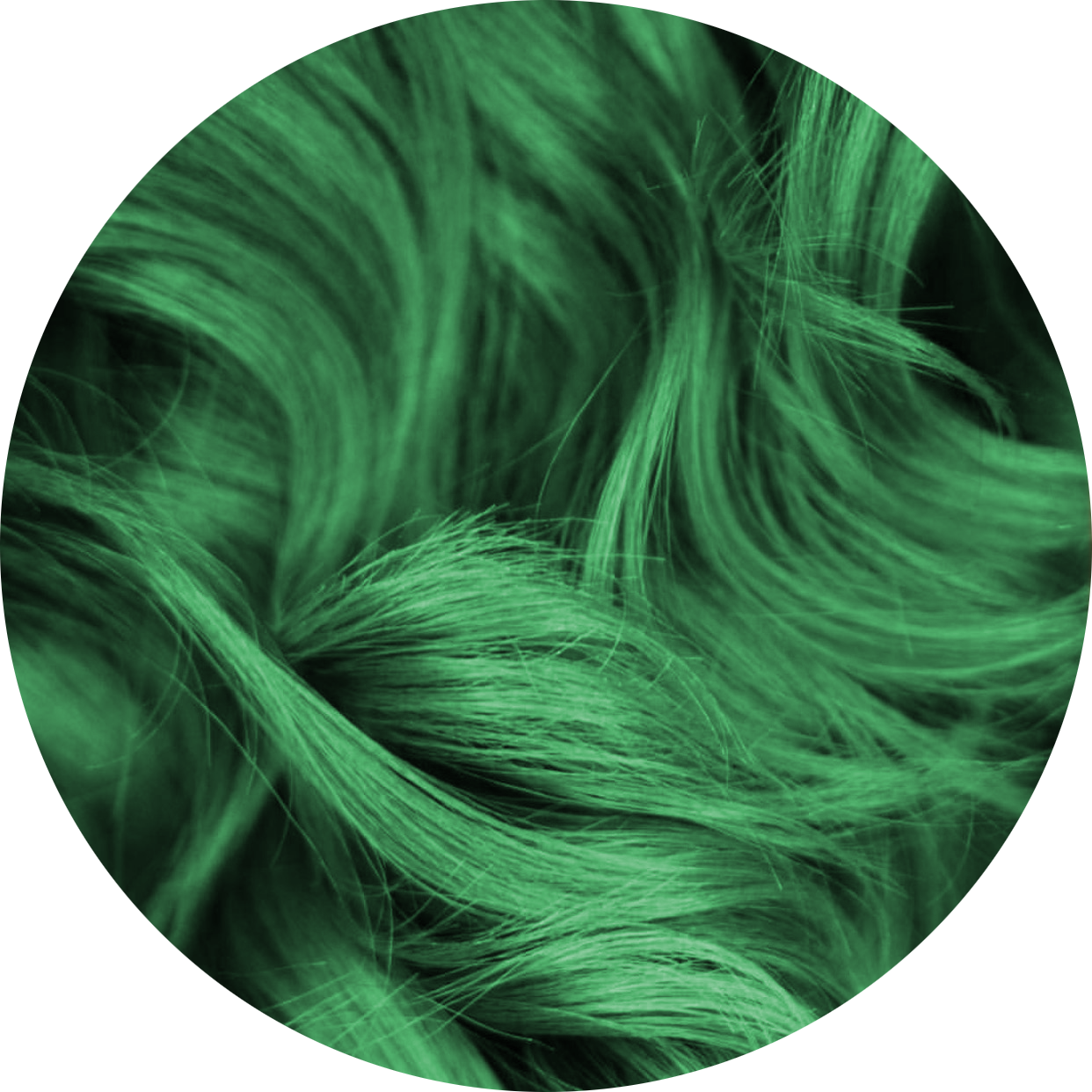 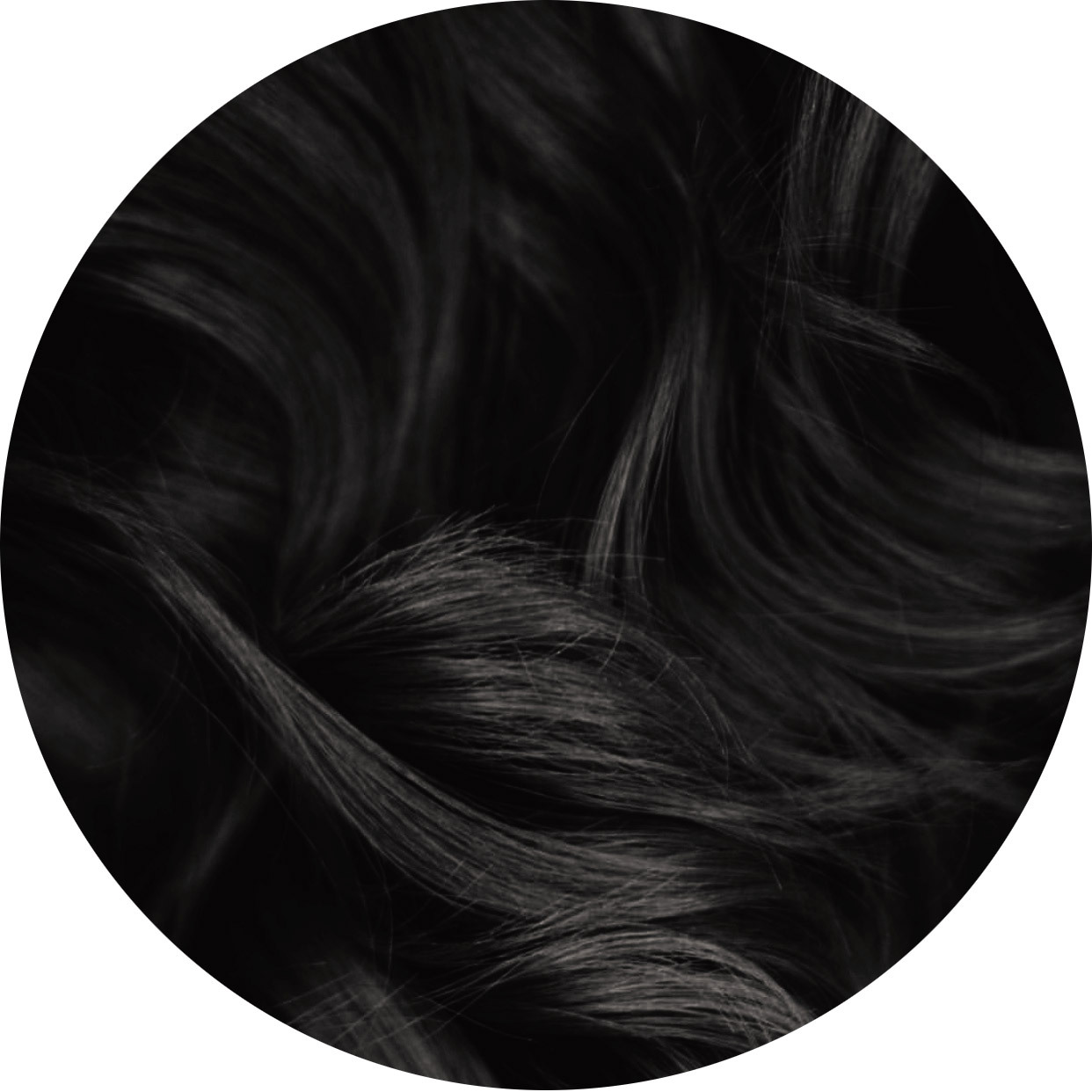 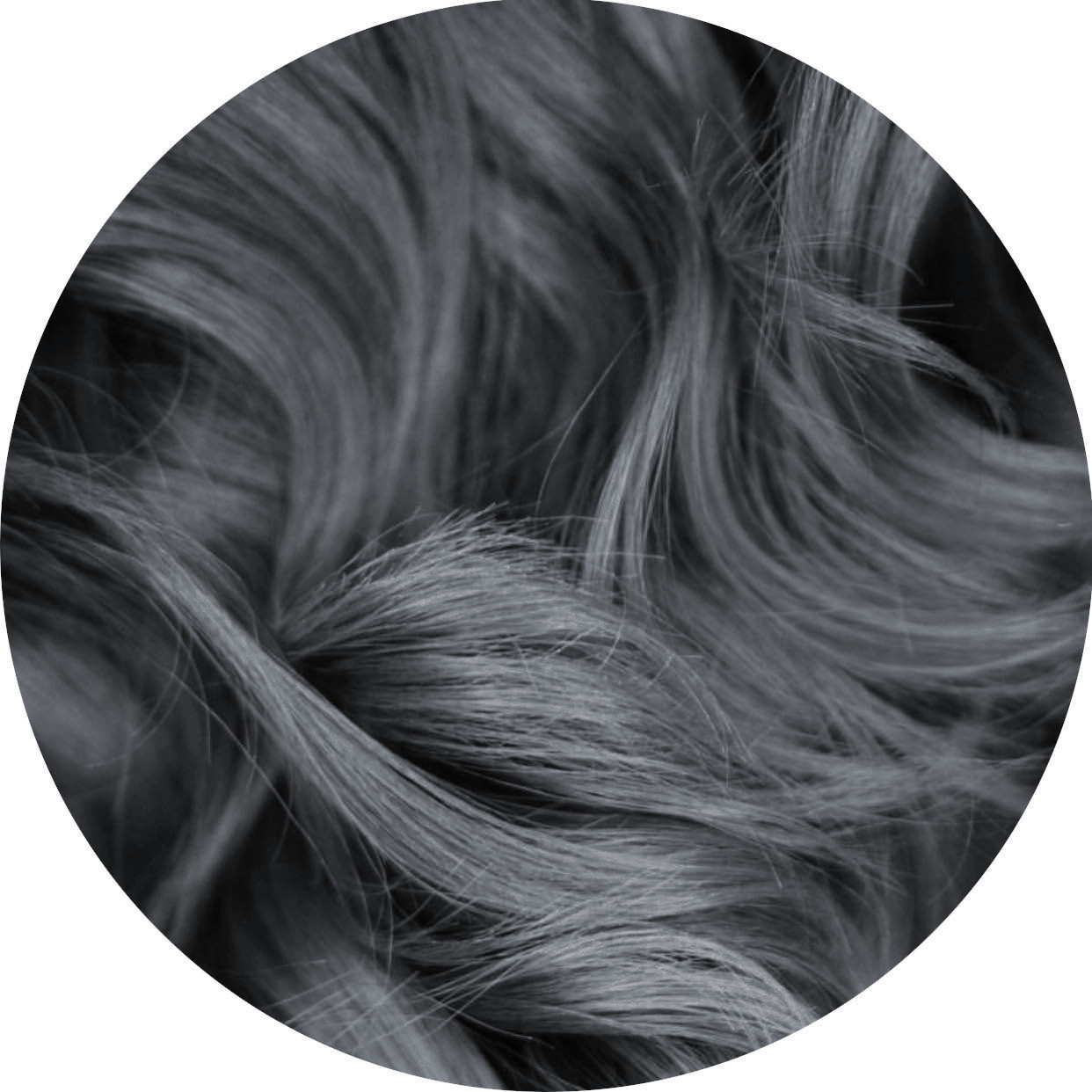 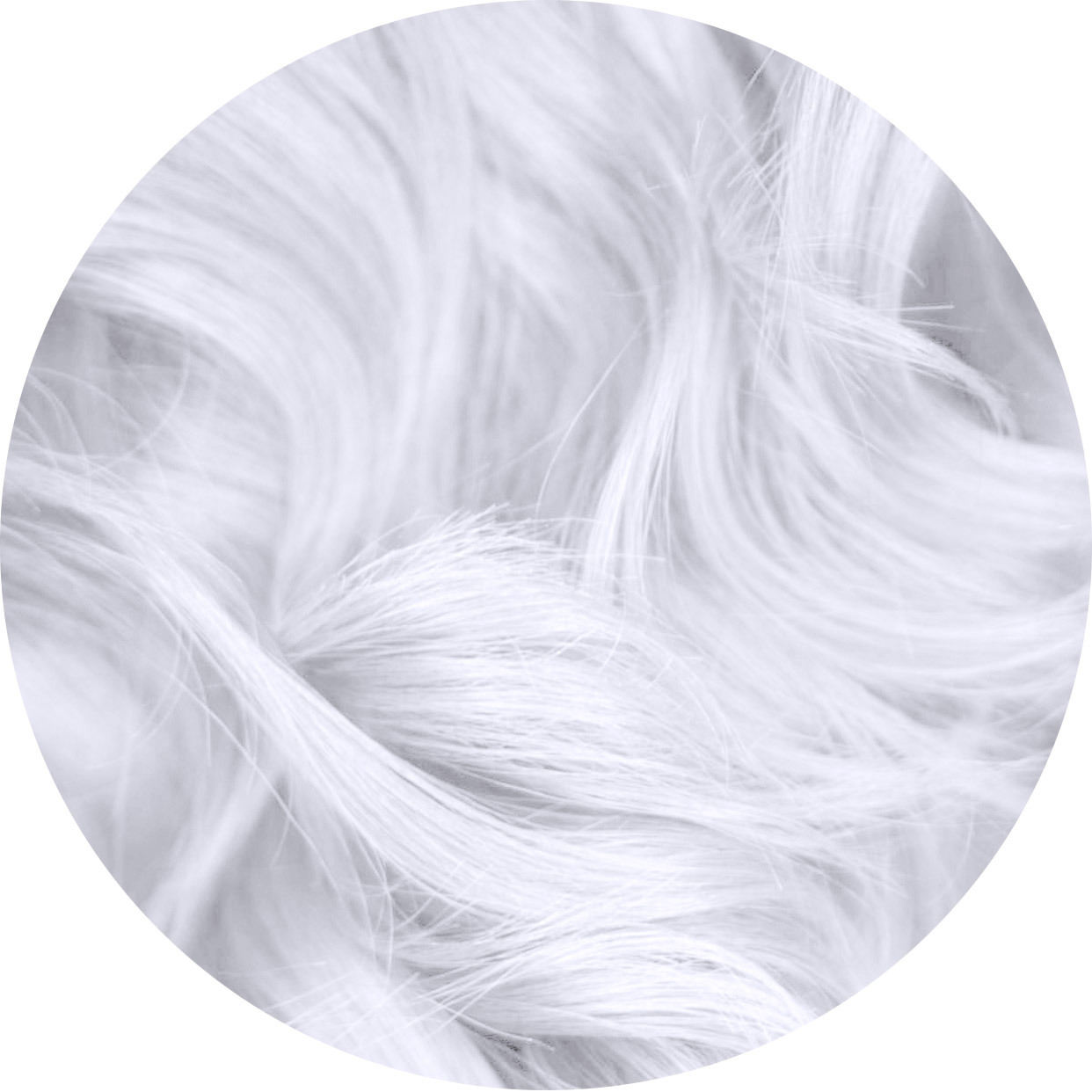 Hair Colouring As Seen On TikTok

Influential Figures And Their Hair Colours In Music

Strange and Unusual from Verity Clarke and Paul Devlin

Influential Figures And Their Hair Colours In Music

Over the past decades, we have seen a serious shift in the way that we have chosen to express ourselves and our personality, whether that be through our sense of dress style or the colour of our hair. Throughout the previous decades, trends and fashion have evolved and changed greatly but as many of us know these trends always come back around.

Many of our influences come from the world of celebs and what we see within the media, including the music industry! Some of the most well-known faces can be found within this particular industry, and over the years the different styles of these artists have made a huge influence on their fans and the general public, including their hair!

We wanted to take you through some of what we think are the most influential hair colours seen within the music industry over recent decades. Some of these trends have come and gone but many tend to keep making their rounds; keep an eye out for something that might just spark a new hair colour idea for you!

Pink hair, whether you choose to be a pastel candyfloss shade or the bold hues are more your kind of thing, has been on trend for a huge amount of years but a couple of looks, in particular, have stuck out for us. In 1999, both solo artist Alecia Moore, also known as P!nk and Gwen Stefani, lead singer in American rock band No Doubt jumped headfirst into this vibrant trend!

Not only was Gwen Stefani a major style influencer back then, but the way in which she developed her career from frontwoman within her band to her very own solo career, where she collaborated with some of the most respected celebrities such as Eve and Pharrell Williams was inspiring to many. Stefani’s sense of style changed dramatically throughout her career, especially when she dyed her white-blonde hair a vibrant pink shade as a mark of transition within her life as reported by Vogue. We even saw in 2020 that the pink hair had returned for Gwen Stefani and she had chosen to channel her inner 90’s rock star from the past and rock her vibrant hairstyle again, but this time in a dip-dye effect.

Why not try your take on this classic look from Gwen Stefani with Hot Hot Pink? This sweet yet daring shade will not disappoint when it comes to vibrant results. You could even add some of the Manic Panic Pastel-izer to lighten the shade to your liking.

Pink is still very much a go-to for many creative colour-loving artists, even the ones that have tried the most vibrant shades of them all are still wearing it! American singer known for her 80’s hit ‘Girls Just Wanna Have Fun', Cyndi Lauper has tried and tested a healthy amount of vibrant and interesting hair colours throughout her career but she hasn’t stopped there. The pop culture icon continued her legacy in 2017 as she went on to dye her white-blonde hair pastel pink followed by lavender in 2021 using Manic Panic colours for the Tony Awards.

The pretty princess of punk, or Avril Lavigne if you’d prefer, has been an absolute icon for many within Gen Z and the millennials. Having first appeared on the scene at 17 years old with her debut single, Complicated, this fantastic pop-punk artist still remains a heavy influence on many throwback playlists, break-up playlists and more. Throughout her career, we think it’s fair to say that Avril Lavigne has definitely had her fair share of bright, vibrant and neon hair colours! 2011 brought our favourite look from the Canadian artist as she is seen in her music video for her single, Smile rocking electric green highlights and money pieces in true punk style!

In more recent years, there have been a few more appearances of celebrity musicians rocking a head of green locks in some way. Star of the show nowadays, Billie Eilish has captured the attention of many with her regular hair adaptations but one she will never be forgotten for; neon green roots. In 2019, Eilish appeared with black lengths and electric green roots that were soon to spur many on to copy a similar look! Fancy dipping your roots into something of a similar vibrancy? Try Electric Lizard for your own opportunity to Eilish your hair!

If we’re searching for influential hair colours, it would be wrong of us to ignore the RiRi red phase. If you were looking for something vibrant to inspire you, how’s fire engine red hair? It couldn’t get much more intense than this shade back in 2010 when Rihanna wore this daring hair colour in many different roles and environments but no matter what she always made this attention-drawing colour work for her! Fancy yourself a full red hair makeover? Manic Panic Pillarbox Red is our truest red and full of vibrancy and hot pigmentation; you can’t get much more Rihanna than that!

Known for their representation in the 1980s, the new wave band Culture Club were definitely one of the more influential of their time. Lead singer, Boy George was a character of his own. His flamboyant and androgynous ways of dressing were fairly new to many of the band’s crowds but his fantastic sense of style and attitude towards it has played an important role in the world we are living in today. Boy George was not one to shy away from his true self when it came to how he looked but our favourite has to be when he chose to rock those bright red vibrant locks both curly and straight!

2010, was the year of the teenage dream. Literally. Touring took place during this year to promote the brand new Katy Perry album, Teenage Dream which would then go on to sell over 3 million copies. We were also pleasantly surprised when Katy Perry chose to rock an electric blue wig with voluminous curls and a straight cut blunt fringe! For us, this wig has definitely been ingrained in our minds and we are not complaining. We’re not too shy to say that we enjoy some of the Katy Perry bangers but seeing this wig as it joined her on tour for her 2010 album and appeared in some red carpet moments and on the screen has definitely made this look one to remember!

Rockabilly Blue could give you a similar look to the Katy Perry electric wig; just remember if you want to achieve the same boldness you’ll need to think about pre-lightening your hair to a light blonde!

One that really has begun to stand out for us in recent years is American rapper, Kid Cudi. It’s been noticed recently that the 38-year-old is breaking some of the boundaries and stigmas that may come within the world of fashion and opting for looks and outfits that will produce a conversation and inspire others to do the same or similar. Kid Cudi is already recognised as an influence within hip hop but we now believe he can do the same in fashion too. In New York Fashion Week September 2021, Kid Cudi appears wearing a long sleeve Nirvana tee on top of a wide floor-length black gown. He doubled up to make this outfit truly incredible and memorable by adding his freshly dyed electric blue hair! Since this show within Fashion Week, we have seen Kid Cudi continue his coloured hair looks as he goes on to try both green and pink hair within his looks as well as the multi-coloured hair effect he opted for when shooting his campaign for Levis.

If you’re anything like the rest of us, this influential artist will come as no surprise to you but we couldn’t write up anything that related to music and hair dye without mentioning our favourite lead singer of Paramore, Hayley Williams! Known for her dramatic hair colour changes, we’ve always been easily influenced and inspired by Hayley Williams for some time that it’s hard to pick a favourite. If we really had to choose, we would have to go for her classic orange locks from glossy copper to tri-colour shag cut that was present in many of the band’s first music videos such as ‘That’s What You Get’ and ‘Misery Business.  The singer didn’t stray too far from her orange roots, dabbling in yellows and pinks in-between but in 2013 Williams brought back her signature colour with a vengeance as she styled a brand new ear-length orange bob!

Another artist that rocked the most fantastic hair colour and fashion is David Bowie. Bowie was a huge influence within the world of music, art and fashion and became an icon for many who loved and watched him as he developed within his career. During this time Bowie became famously known for his fantastic hairstyles and colours which would tend to be varying hues of orange!

Maybe not so on the scene now, but Jessie J was definitely in her prime during the 2010s and she didn’t only impress us with her music but her ongoing change in hair colour definitely kept us on our toes! As she rocked all sorts of colours and lengths, it may be difficult for you to choose a favourite but for us, we can’t take our eyes off that 2011 deep violet lob she debuted on stage at V Festival! Purple is definitely a colour perfect for anyone but for any raven-hair beauties out there – this is your sign to play with these shades!

Is purple your shade? Get a similar Jessie J to look with Violet Night. This deep yet pigmented shade creates a tonal hue that shines even brighter in certain lights.

We love looking back at some of the most influential hair colours over the years, and seeing how these colours and styles each come back around. Have we missed a particular colour or hairstyle that has always stood out for you? Let us know at @manicpanic_uk on Instagram!

Are you sure you want to perform this action?